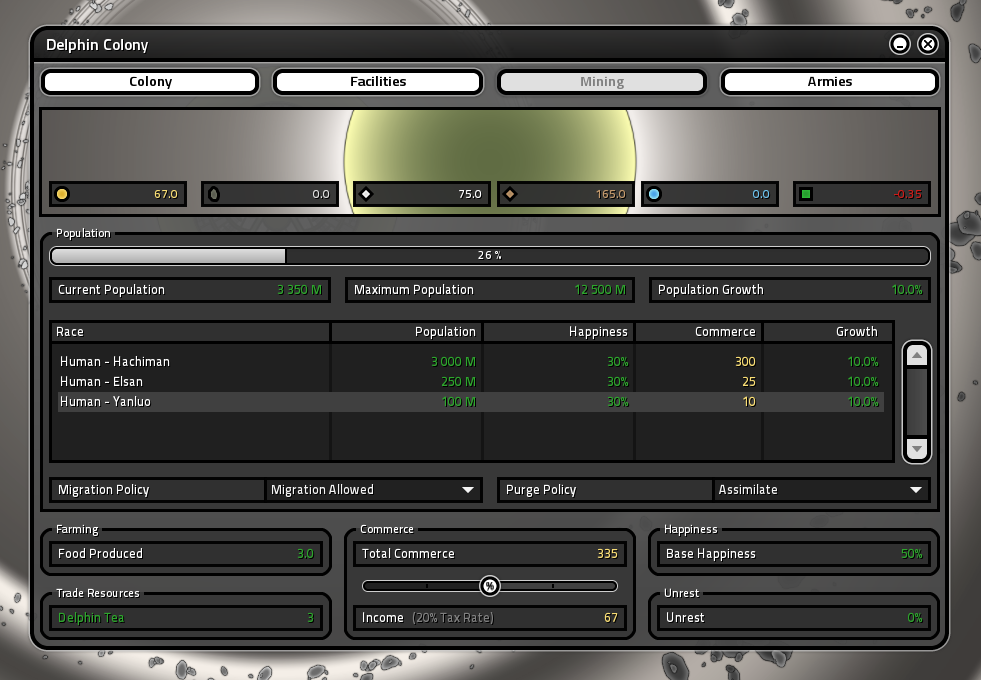 Migration Policies
Purge Policies
Different policies will affect the happiness, commerce, growth, food consumption and relations with other empires of the population group.